“Roadmap to the Montana Comeback” Introduced 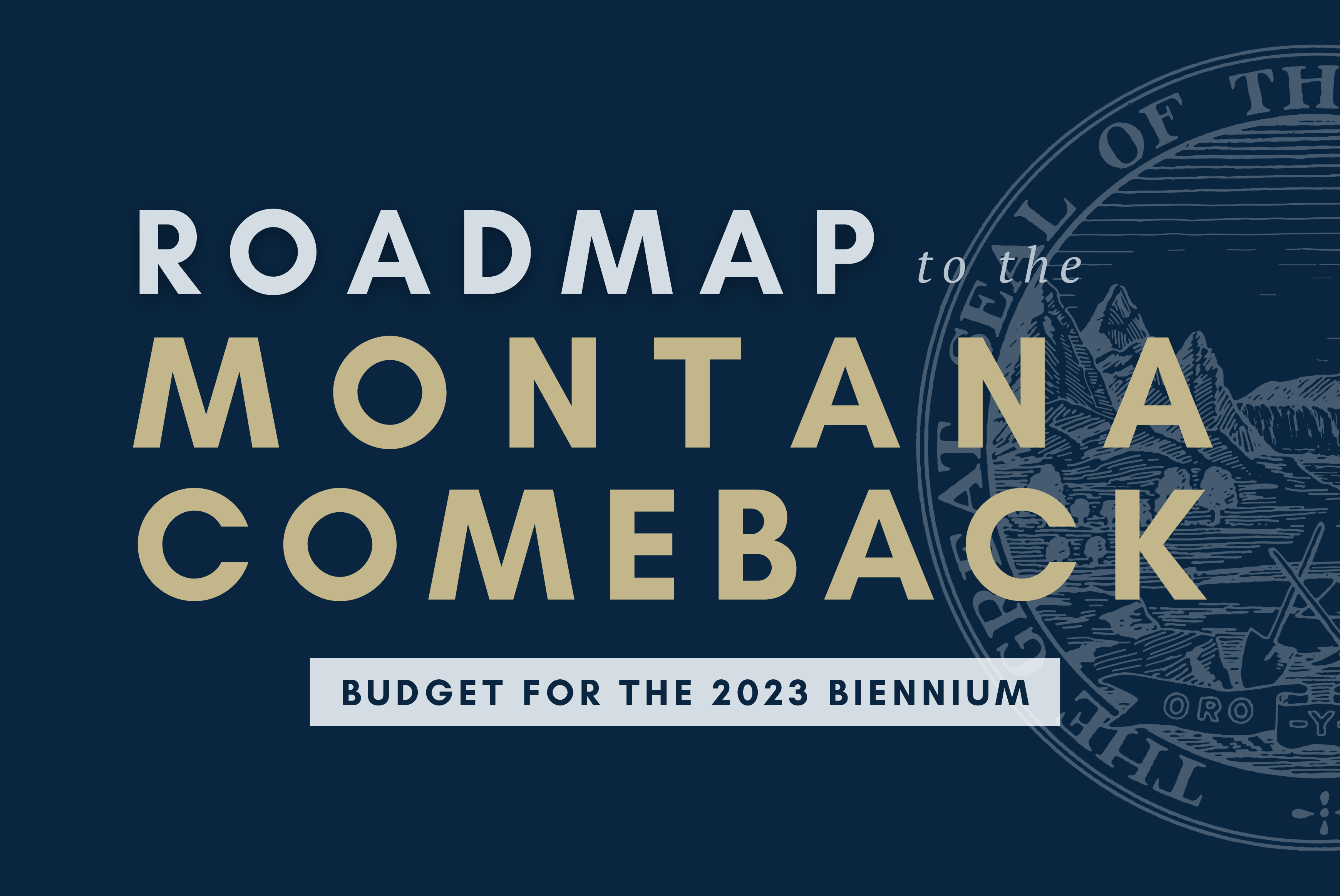 “Roadmap to the Montana Comeback” Introduced

HELENA, Mont. – Governor Greg Gianforte today released his “Roadmap to the Montana Comeback,” his budget proposal for the 2023 biennium.

Gianforte’s budget plan fulfills many of the policy priorities he outlined in his Montana Comeback Plan to get the economy going again, get Montana safely open for business, and get Montanans back to work in good-paying jobs.

“This roadmap to the Montana comeback will help unlock our state’s full, outstanding potential,” Gianforte said.

Gianforte’s budget provides $50 million in broad-based and targeted tax relief, including cutting the top marginal income tax rate to 6.75%. For 2019, Montanans who earned a taxable income of more than $18,400 paid the top marginal rate of 6.9%.

The governor’s budget also relieves 4,000 small businesses from the burden of the business equipment tax by raising the exemption from $100,000 to $200,000.

To combat the drug epidemic, the Gianforte budget devotes marijuana tax revenue and part of the tobacco tax settlement to the HEART Fund, or the Healing and Ending Addiction through Recovery and Treatment Fund. It will fund a full continuum of substance abuse prevention and treatment programs for communities. With $7 million in new fund and a federal match, the governor’s budget invests an additional $23.5 million per year in substance abuse prevention and treatment programs.

The governor proposes a $1 million investment in trades education by providing a credit for employee education and training.

Governor Gianforte highlighted his efforts to control state spending, saying, “I promised we would hold the line on new general fund spending. This budget does. After a decade of out-of-control spending, this budget brings fiscal responsibility back to state government while providing essential services.”

He noted that, even with statutory required spending and investments in combating the drug epidemic, increasing starting teacher pay, and expanding trades education, total general fund spending increases less than one percent per year.

The Governor’s Office has published additional materials on governor.mt.gov. Here’s “What To Know About” Governor Gianforte’s Budget: