HELENA, Mont. – Governor Greg Gianforte today unveiled his “Budget for Montana Families,” a historic pro-family, pro-jobs budget for the State of Montana for the next biennium.

Additionally, the budget makes the State of Montana debt-free in 2023, paying off all general obligation debt and saving taxpayers $40 million over the next two years.

“When it comes down to it, our budget is built for hardworking Montana families,” Governor Gianforte said. “In this budget, we are cutting their income and property taxes by $1 billion, providing a child tax credit and adoption tax credit to make it easier for parents to raise their kids, and investing to make our schools better and communities safer.” 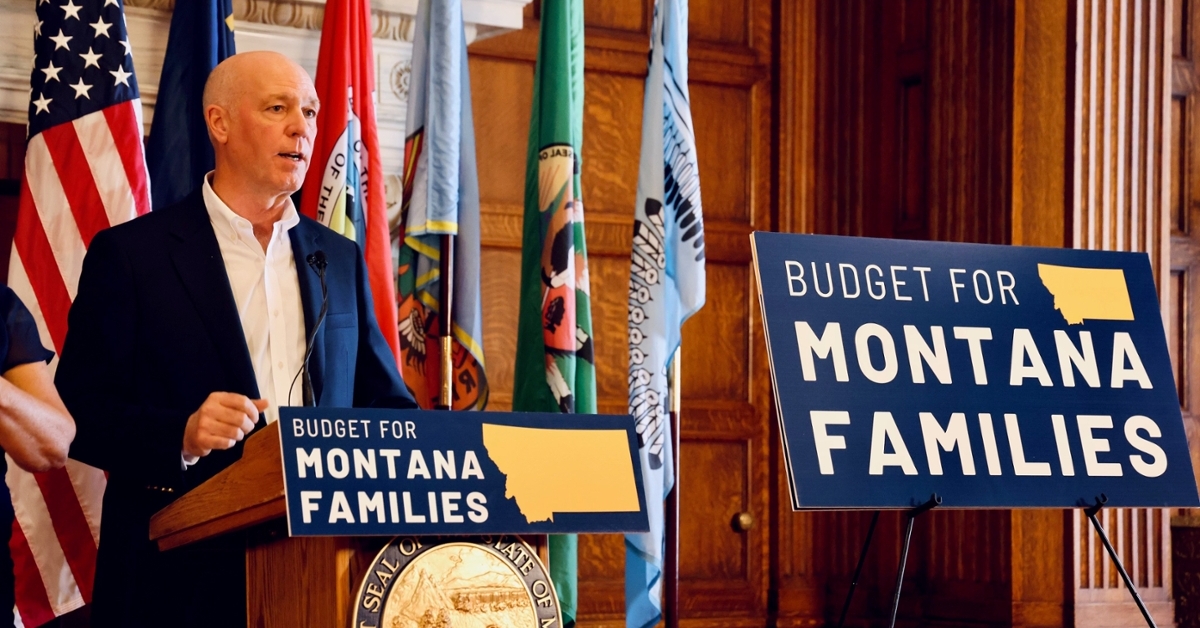 “I fundamentally believe hardworking Montanans should keep more of what they earn. And with inflation at a high not seen in 40 years, providing Montanans with tax relief is all the more important,” the governor said.

The governor’s budget also provides families with a $1,200 child tax credit for children under six years of age, as well as a $5,000 adoption tax credit to make it easier for Montanans to open their homes to children.

The governor also announced $500 million in property tax relief for Montanans’ primary residences over the next two years.

“As I meet with Montanans in every corner of our state, I hear repeated concerns about rising property taxes,” the governor said. “And they’re right to be concerned. Property taxes are too high.”

“Local governments should not spend and tax Montanans out of their home,” Gov. Gianforte said.

After providing Montanans with $1 billion in tax relief, the governor’s budget invests the state’s surplus to make repairs, save for emergencies, and pay off debt.

“Now imagine you get a sizable bonus at work. What would you and your family do with it? You’d fix something that needs a repair, you’d put some away for an emergency, and you’d pay down or pay off your debt. That’s how we’re approaching our historic surplus,” the governor continued.

The governor’s budget makes the biggest ever investment in the state’s behavioral health system. The $300 million investment will fund improvements and repairs at Montana State Hospital, intensive behavioral health care, and community-based services for out-patient care across the state. The governor’s budget also boosts funding by 50% for the governor’s HEART Fund initiative, and permanently funds eight drug treatment courts that are losing federal funding.

The governor’s budget also invests $200 million to expand water and sewer infrastructure to help increase housing supply and Montanans’ access to affordable housing, as well as $100 million to repair roads and bridges.

“While Montana families know how important it is to repair what needs fixing, they also save for unexpected emergencies,” the governor said.

“Hardworking Montanans also understand the importance of paying down and paying off our debts,” the governor said. “The state should be no different.”

The governor’s budget makes Montana debt-free in 2023, paying off all general obligation debt and saving Montana taxpayers approximately $40 million over the biennium.

In addition to cutting Montanans’ income and property taxes by $1 billion and using the state’s surplus responsibly, the governor’s budget spurs job creation, boosts education, and grows opportunity for Montanans.

Second, the governor’s budget nearly doubles the Montana Trades Education Credit for employers to send their employees to learn a trade.

Third, the governor’s budget doubles the cap of the Big Sky Scholarship to ensure students have access to the best education possible, and increases funding by 40 percent for the TEACH Act to increase starting teacher pay.

To combat crime and keep drugs out of Montana communities, the governor’s budget funds 16 new highway patrol officers and criminal investigators, as well as six new prosecutors at the Montana Department of Justice. The criminal investigation agents will focus on drug trafficking, human trafficking, narcotics, major crimes, and crimes against children. The new highway patrol officers will strengthen the state’s drug interdiction programs.

“While our budget is historic for its tax cuts and critical, prudent investments, our budget is also fiscally responsible,” the governor said.

Holding the line on spending well below inflation, the governor’s budget is balanced, avoids cuts to essential services, and has a strong ending fund balance to protect against economic and financial uncertainty.

“Montana taxpayers entrust us to be good stewards of their hard-earned dollars. I’m proud our budget, built for hardworking Montana families, fulfills that trust,” the governor concluded.

The governor’s “Budget for Montana Families” will be formally released on Tuesday, November 15.