“With our pro-jobs, pro-business, pro-family policies and the hard work of Montanans, we’ve started to unleash the engine of economic growth, business development, and job creation that, for too long, sputtered,” Governor Gianforte said. “I campaigned on two simple promises: to create more good-paying jobs and to protect our Montana way of life. And that remains our focus in this legislative session.” 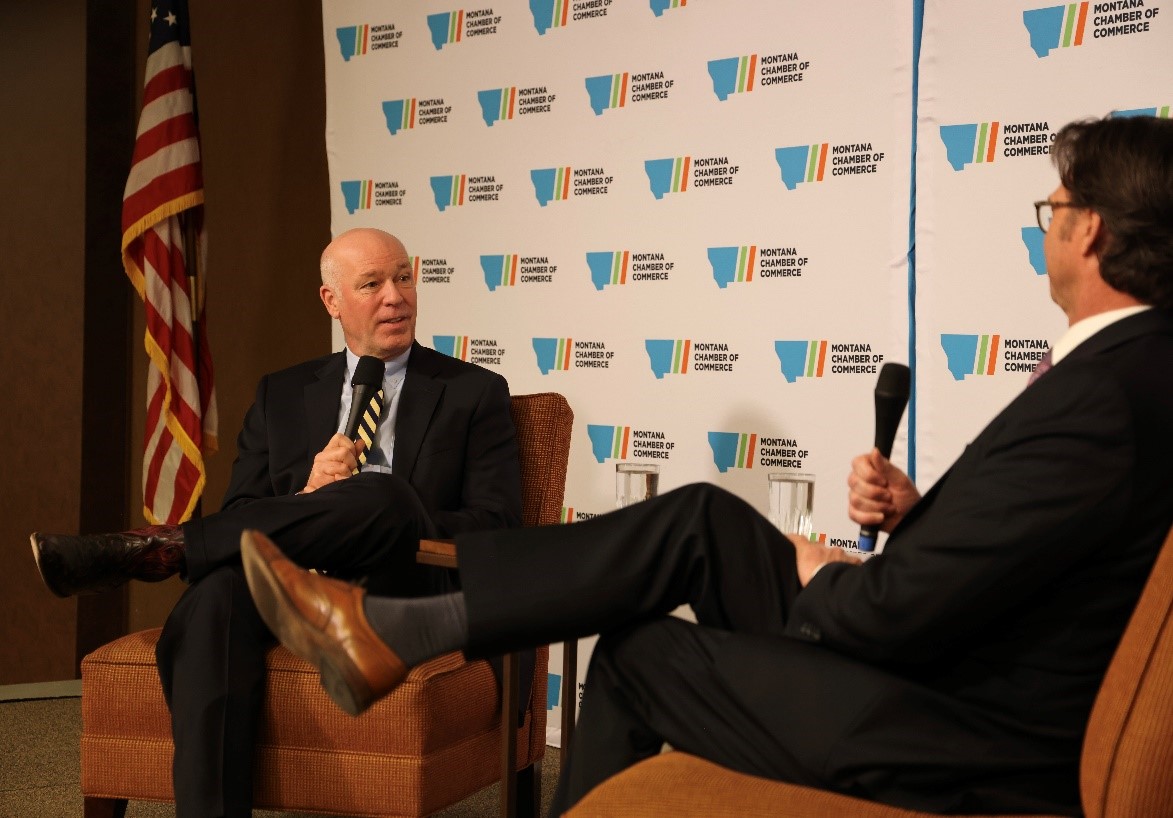 In a discussion with Todd O’Hair, president and CEO of the Montana Chamber of Commerce, the governor highlighted elements of his Budget for Montana Families, which provides a collective $1 billion in tax relief to Montanans, including $500 million in income tax relief and $500 million in property tax relief.

“We need to have a tax code that makes us competitive, especially within our region,” Governor Gianforte said. “Working with the legislature, we did that in the last session, and it’s helped Montanans prosper and brought job creators to our state.”

Yesterday, the governor announced Montanans created a record number of new businesses in 2022. This follows a year of record-breaking business creation in the governor’s first year in office.

“We’ve got a robust economy here in Montana, and over the last two years, there’s been countless wins for Montana business,” O’Hair added in his discussion with the governor. “We’re seeing record unemployment, new businesses are coming into Montana, great growth, and there’s a lot of enthusiasm and excitement right now. You’ve been adamant about the fact that Montana needs to be competitive, you’re a top recruiter for business investment in the state, and attracting business to Montana has been a clear priority of your administration.”

To support hardworking families, the governor’s budget also provides families with a $1,200 child tax credit for children under six years of age, as well as a $5,000 adoption tax credit to make it easier for Montanans to open their homes to children.

The governor also spoke to O’Hair, who serves as co-chair of the governor’s Housing Task Force, about his administration’s efforts to increase access to affordable, attainable housing.

After providing Montanans with $1 billion in tax relief, the governor’s budget invests the state’s surplus to make needed, overdue repairs, save for emergencies, and pay off debt. The governor’s budget makes Montana debt-free in 2023, paying off all general obligation debt and saving Montana taxpayers approximately $40 million over the biennium.

In the discussion, the governor also touted his plans to get Montanans back into the workforce by expanding the state’s earned income tax credit and ensure they have the skill they need to thrive in in-demand jobs by promoting trades education. Under Governor Gianforte’s leadership, Montana’s total employment is at its highest level ever recorded.