GARDINER, Mont. – Governor Greg Gianforte today convened a public roundtable in Gardiner with Senator Steve Daines, state and federal officials, and local business leaders and residents in the wake of flooding in the region.

“The folks I heard from today in Gardiner have a clear and simple message – Gardiner and Paradise Valley are open for business,” Gov. Gianforte said. “Let’s support them as they rebuild by bringing them our business this summer.” 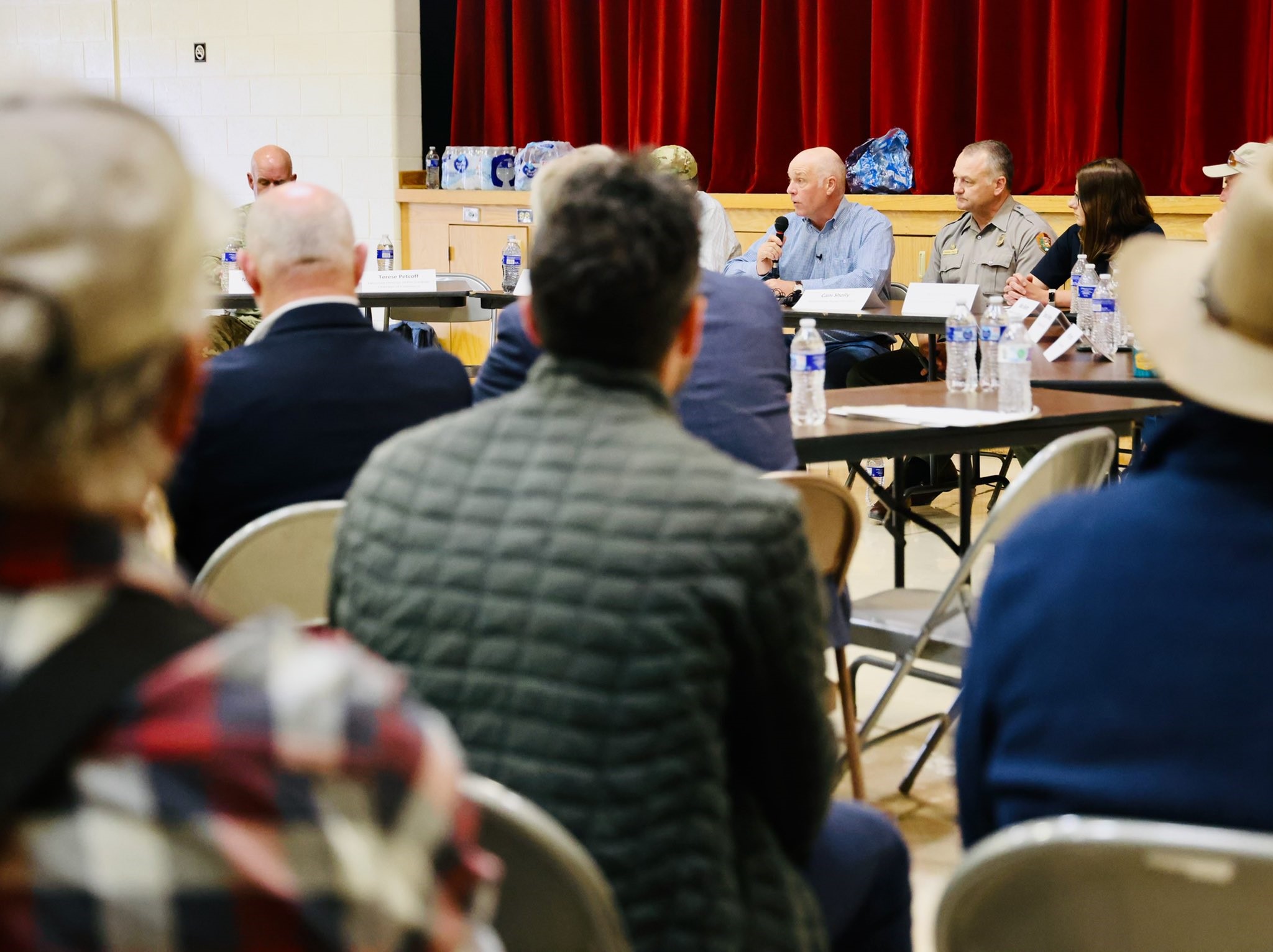 The governor and senator heard from business owners in outdoor recreation, hospitality, dining, and retail who stressed the importance of an expeditious reopening of Yellowstone National Park and continued business from visitors as the community recovers and rebuilds.

Recent heavy rainfall and rapid snowmelt had caused rivers, creeks, and low-lying areas across southwest and south-central Montana to flood. The flooding has caused widespread damage to homes, businesses, roads, bridges, and other infrastructure in the region.

The acute damage to infrastructure, particularly in and around Yellowstone National Park, will impact communities like Gardiner that rely on tourism and recreation for livelihoods, jobs, and revenue. Park County benefits from more than $200 million annually in tourism. Superintendent Cam Sholly of Yellowstone National Park participated in the governor’s roundtable.

“We will continue our commitment to reopen the park as soon as possible, and the state will provide support, however we can, to get it reopened,” Gov. Gianforte said.

On Thursday, Gov. Gianforte announced the state had secured a major disaster declaration from President Biden to supplement state and local resources being used for response, recovery, and rebuilding efforts.

“We will continue to bring the full resources of the state to bear as we recover and rebuild together. Here at home, we need to support our local communities and small businesses now more than ever,” the governor concluded.

Tags: Jobs and Economy, Government Working for You