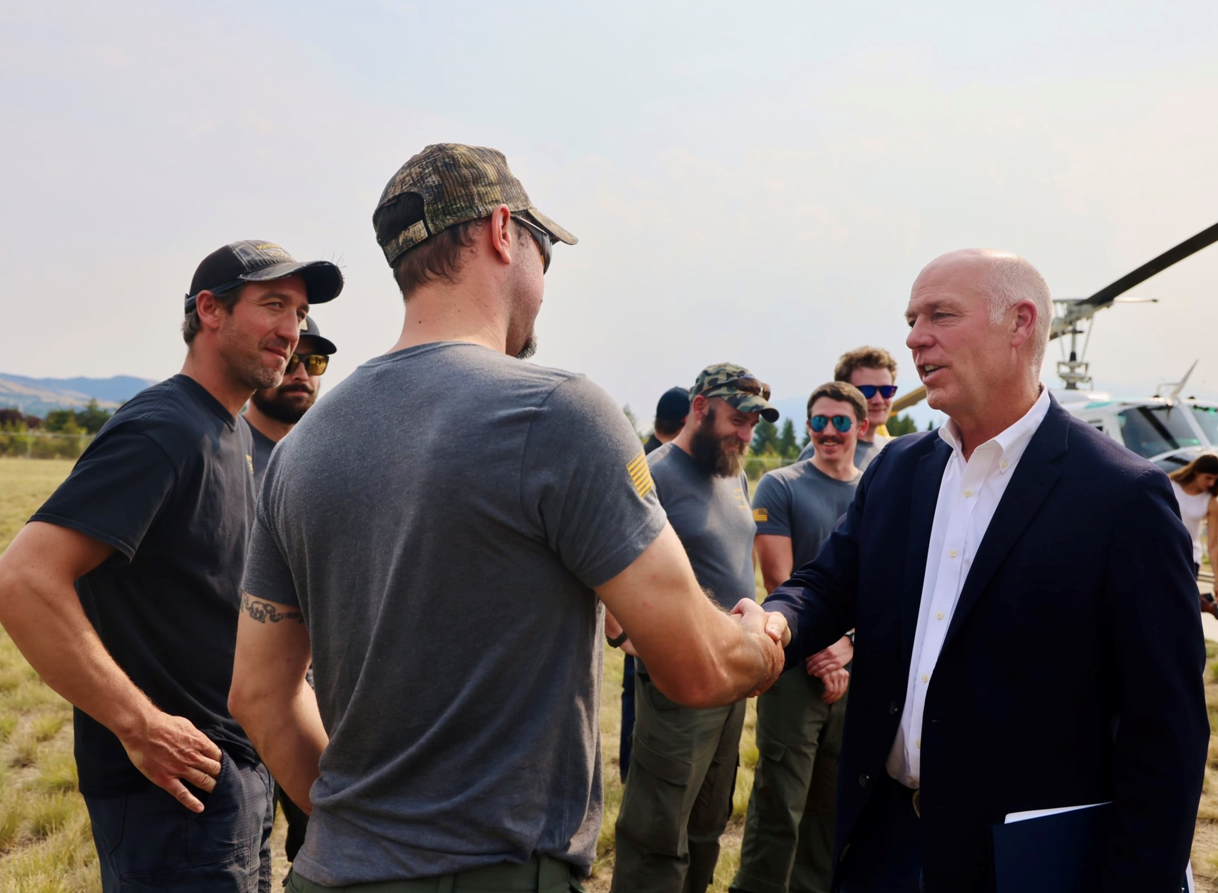 HELENA, Mont. — Together with the Montana Department of Natural Resources and Conservation (DNRC), Governor Greg Gianforte today announced the State of Montana will increase firefighter pay to support, recruit, and retain the highly-qualified, highly-trained personnel who protect Montana communities and natural resources.

The wage increase marks the first major pay adjustment of its kind for the seasonal firefighting workforce of Montana.

“Montana’s wildland firefighters are some of the most important and necessary personnel serving our state, especially with recent, more severe fire seasons,” Governor Gianforte said. “This well-deserved pay increase will help ensure our wildland firefighters remain the most skilled and mission capable firefighting workforce in the region.”

Seasonal firefighters in Montana will see a compensation increase of $1.70 per hour, which brings the minimum base pay to $15.50 per hour. The increased wage makes the State of Montana competitive and equitable with other fire protection agencies in the region.

“It is more important than ever that we modernize our firefighting workforce to effectively address the challenges we face during these unprecedented fire seasons,” says Director Amanda Kaster. “I’m proud that DNRC will offer higher pay during the upcoming season to the hardworking firefighters that continue to protect Montana lives, communities, and natural resources.”

The wage increase has been implemented for the current seasonal hiring effort. Open positions can be viewed at statecareers.mt.gov.

Tags: Government Working for You