Gov. Gianforte Again Calls on the BLM To Engage Montanans on APR

Yesterday, the BLM conducted an online-only public hearing on its proposal. Only 25 individuals provided public comment in the hearing, of which very few were residents of the communities impacted by APR. The public hearing is the only one the BLM has scheduled.

In a letter to officials with the BLM, Gov. Gianforte emphasized the need to ensure voices of local communities are heard on the BLM’s APR proposal.

“I also continue to assert that a single virtual public hearing, like the one conducted yesterday, is inadequate to ensure voices of the local communities are heard. One of my core principles of public lands policy, which I hope the BLM shares, is to listen to the voices in our local communities,” Gov. Gianforte wrote.

The governor continued, “One public hearing, conducted via Zoom in the middle of the afternoon, cannot and should not replace engaging face-to-face with residents in the impacted communities. I urge you to talk with local residents where they live and work, not behind a computer screen.”

Citing the lack of local voices at yesterday’s virtual public hearing and the technical difficulties some local residents may have experienced, the governor formally requested the BLM hold in-person public hearings in, at a minimum, each of the affected counties, including Phillips, Chouteau, Fergus, Petroleum, and Valley counties.

“While the BLM extended the public comment period by 30 days, that period continues to coincide with haying and harvest season. Further, we are experiencing a significant drought that has created additional challenges for our agriculture and grazing industries,” Gov. Gianforte wrote. “I again urge the BLM to consider expanding the public comment period by 15 additional days to ensure Montana farmers and ranchers in the impacted communities have a sufficient opportunity to have their voices heard.”

The governor also chided the BLM for its virtual meeting, providing a screenshot of what participants saw.

“Finally, in case you were unaware what a local resident may have experienced when trying to provide public comment, I attach an image of what the participant saw. The virtual meeting could not remotely be described as a face-to-face effort. I hope the BLM can do better by the people who live in these impacted communities,” Gov. Gianforte concluded. 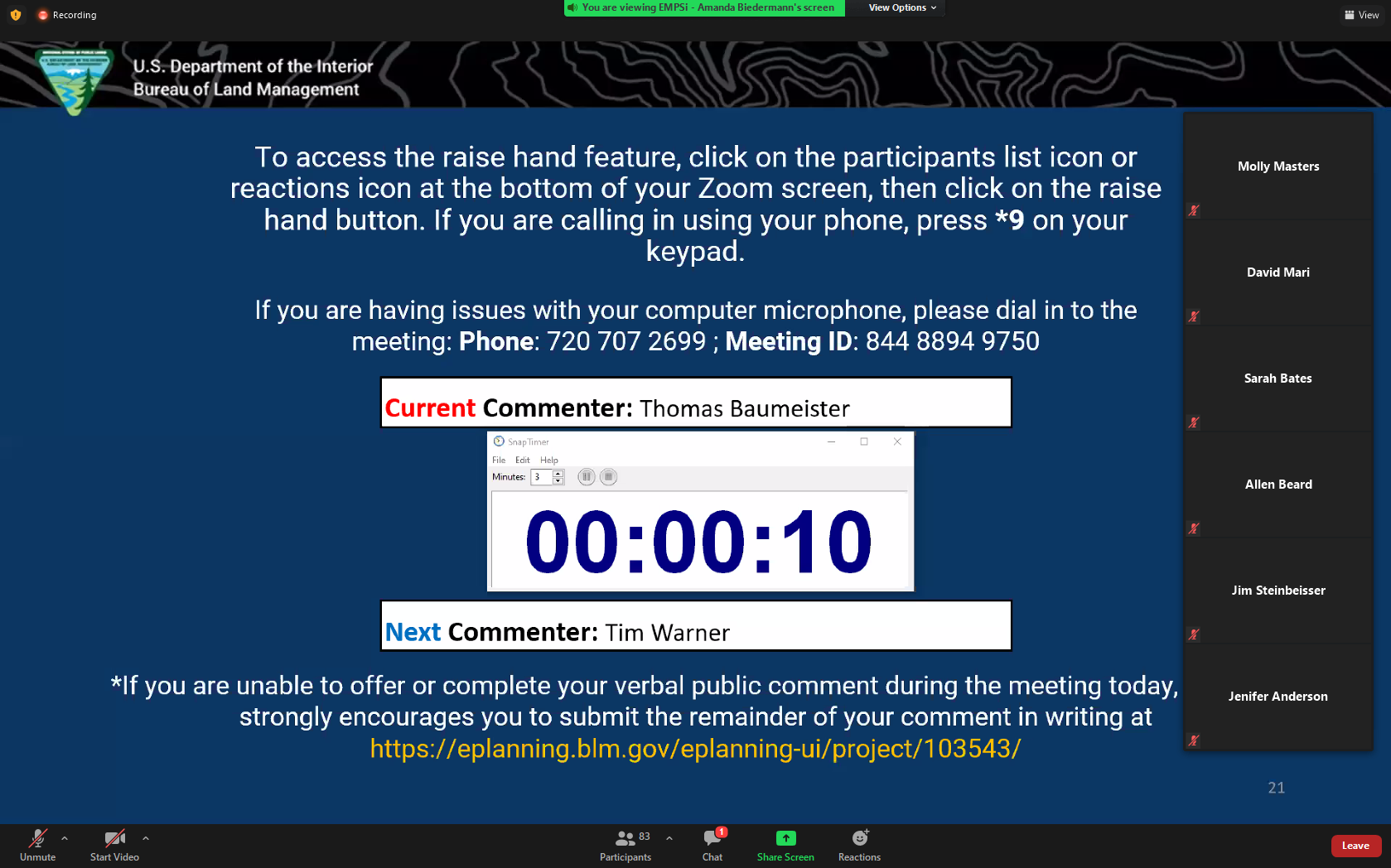 Gov. Gianforte’s letter again calling on BLM officials to provide Montanans with ample opportunity to have their voices heard about the bureau’s APR proposal can be viewed here.

Tags: Protecting Our Way of Life